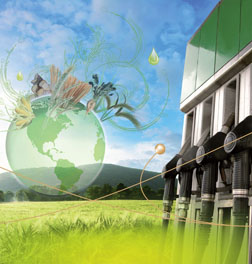 Biofuels are sources of energy produced from crops. They are designed as a solution to the environmental and economic problems incurred by fossil fuel. They have attracted growing interest from researchers since the 1970s. This was when Brazil envisaged developing new sources of sustainable energy on its own territory with the aim of becoming the leading producer of alcohol fuel, on the same footing as the United States.

Currently, 90% of conventional car engines run on petrol while only 10% on alcohol. Yet it is not impossible to see our cars driven exclusively by alcohol in the near future. A first conclusive attempt was made in 1860!

But what does yeast have to do with all this?